‘Father, I slept all day, I cut a hole in a wall to spy on a woman, I shovelled my no-good clay onto my neighbour’s plot, I stole the last spoonfool of honey instead of offering it to my husband, I ate the lucky egg, I cursed my father, I swore, I snored, I farted, I doubted.’ 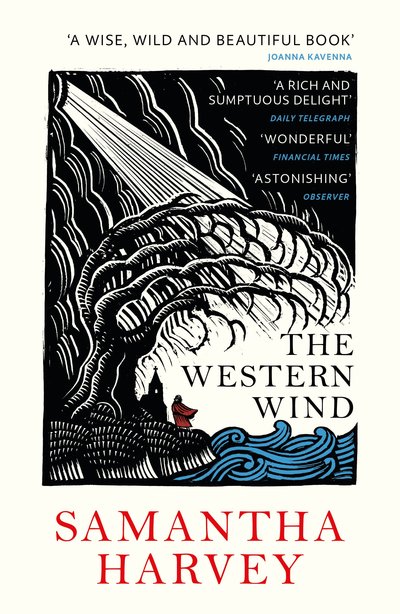 Oakham is a village where no one has ever done anything worthwhile. They can’t even build a proper bridge to take the produce they don’t have to market. Their priest, John Reve, is a lonely, tortured man, pestered by the rural dean to discover a culprit for the death of wealthy landowner Tom Newman. But is Newman actually dead and, if he is, did he perhaps commit suicide – and if he did so, why?

These are some of the perplexing questions that exercise the minds of the no-hope villagers in this mediaeval community in fictional Somerset. It’s Shrovetide, and the mystery has to be sorted before the beginning of Lent. Meantime, this assortment of “sinners” go about their apparently empty lives. They have sex, they go to church, they confess. Reve listens and absolves, because that is what he is paid to do. However, his own uncertainties and “sins” go very deep and are unlikely to be resolved any time soon.

It’s a tempting plot at the outset. Yet The Western Wind doesn’t work for me. Why not?

‘ “Man is a foul thing, little and poor, a stinking slime, and after that a sackful of dung … a clothed cadavre clutching at his worldly things … ” ‘

The odd thing about this novel is that Samantha Harvey tells it backwards, beginning on Pancake Day (when Herry Carter tells Reve he has seen the body) and ending it on St Valentine’s Day when everything becomes as clear as the mud on Oakham’s riverbank. Maybe I’m missing something here but, again, why?

I enjoy experimenting with (to me) new writers: sometimes there is serendipity; occasionally there is the WOW factor; at other times there is disappointment (despite a recommendation – and The Western Wind got some very good reviews) and indifference.

‘Out on the road, a patch of sun raced away the moment my foot met it, and the clouds had come down weighty. You could almost see the spirits aloft in these sudden shifts between light and gloom.’

The Western Wind was one of the latter occasions. Don’t get me wrong! The book contains some very fine writing, colourful prose, touches of irreverent humour – though often cynical I feel – and the beginnings of good character-building. Life in the Middle Ages could be hard, I know, and religious faith important. But the overall atmosphere here is one of despair, depression and Catholic angst. It reminded me of a TV comedy of a few years back entitled Waiting for God, but without the joie-de-vivre.

A good novel should have a point, a resolution, or at least offer hope of one. For me The Western Wind did not. I considered reading it a second time, backwards, to see if that made a difference. But I couldn’t summon enough interest.

This was one of those times when I found myself totally at odds with the professional reviewers. This isn’t a badly-written novel in a literary sense. The author is a creative writing tutor. However, there were many points in the story when I found myself asking, so what?