Conflict is a feature of all good fiction. It stirs the emotions, moving us to love or to hate the characters. Heroic acts against the odds, family feuds, human beings against the natural elements, tense sexual encounters – all serve as stimuli, teasing us to imagine ourselves in the world of make-believe.

Pit man against man, woman against woman (or even against man) for noble reasons, in a contest where winner takes all, and you have the makings of a great story. There may be blood, or there may not, but regardless you will have an irresistible formula that makes us read on to the very end. Gratuitous violence, blood for its own sake, is all too prevalent in literature, but that’s not what I mean. I’m thinking  here of the Good versus Evil thing, not in any religious sense but as a means to an end: the king restored to his kingdom; the lovers reunited; the mindless and destructive enemy humbled; the hero’s courage vindicated.

I guess everyone will have their own particular favourite battle scenes, duels, heroic stands. Here are five of the best for me. If you agree, or disagree, or have favourites of your own, please let me know in the comments.

1.Odysseus versus The Suitors from Homer’s Odyssey

Odysseus has been away from Ithaca for twenty years, ten fighting the Trojans, ten finding his way home through a series of adventures with giants, goddesses, witches and monsters. Meantime his baby son Telemachus has grown up and his wife Penelope has resorted to desperate measures to keep her many suitors away. However, the suitors have camped in the palace and are wasting away its resources in riotous living. Odysseus must devise with Telemachus a scheme to get rid of them once and for all. Fortunately, he has his mighty bow, which no one else can bend.

‘Casting his beggarly raiment aside, deep-plotting Odysseus  Leapt on the threshold of stone, still holding the bow and the quiver
Laden with bolts; and before him the swift-winged arrows he poured out
Close to his feet on the floor. . .
and at Antinous directed the sharp-fanged arrow.’.

2. Sir Gawain versus The Green Knight from the mediaeval Romance Poem 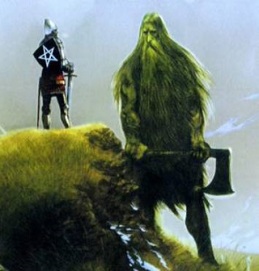 At the court of King Arthur, at the New Year, the knights are still celebrating Christmas when a gigantic horseman, green-featured, clad in green armour and mounted on a green charger, rides into the hall. He issues a challenge to the Round Table for a knight brave enough to trade blow for blow with him. Gawain accepts the challenge. The problem is this: when he strikes off the Green Knight’s head, the latter picks it up and puts it back on his neck! Now Gawain has a year to prepare to accept the return blow.

‘He stands ready to swing
Face puckered. Imagine how
Gawain is suffering
For there is no hope now.
He lifts the mighty weapon, lets it fall Straight: the blade brushes the bare neck . . .’

Sir Gawain and the Green Knight is a poem with pagan associations, so please don’t read the contest too literally.

Quatermain and his friends must defend the fair Queen Nyleptha, wife of his friend Curtis, against the hordes of her twin sister, the dark Queen Sorais. Umslopogaas, the ageing, axe-wielding Zulu warrior, who has been through many adventures with Quatermain, volunteers to hold the palace stair against the enemy. With one swordsman at his side, he takes on the advancing army.

‘Umslopogaas was alone now, but he never blenched or turned. Shouting out some wild Zulu battle-cry, he beat down a foe, ay, and another, and another, till at last they drew back from the slippery blood-stained steps . . . thinking that he was no mortal man.’ 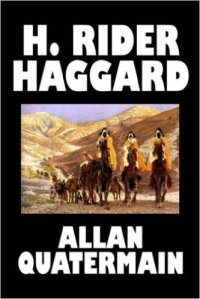 4. Eowyn faces the Nazgul from Lord of the Rings by J.R.R. Tolkien

Against the orders of her uncle King Theoden, and disguised as the young warrior Dernhelm, Eowyn finds herself defending Merry in the battle of the Pelennor Fields. The winged creature swoops down to sink its talons in the King’s horse and he is pinned to the ground. The Lord of the Nazgul, whom no living man may kill, has Theoden at his mercy. 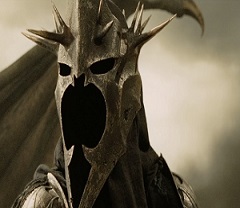 ‘But Theoden was not utterly forsaken . . . Yet one stood there still; Dernhelm the young, faithful beyond fear; and he wept for he had loved his lord as a father.’

‘Then Merry heard of all sounds in that hour the strangest. It seemed that Dernhelm laughed, and the clear voice was like the ring of steel. “But no living man am I! You look upon a woman. Eowyn I am, Eomund’s daughter. You stand between me and my lord and kin.. Begone if thou be not deathless!” ‘

5. Iorek versus Iofur Raknison from His Dark Materials by Philip Pullman 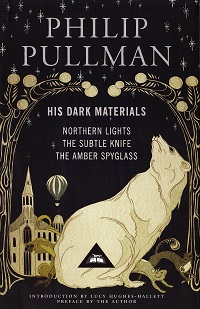 Iofur has usurped the armoured bear kingdom by trickery and has banished Iorek, the rightful ruler. Lyra has convinced Iofur that she is Iorek’s daemon. And since he wants a real live daemon for himself he agrees to fight Iorek in single combat for the right to take her. The two huge bears face one another across the ice and snow of the Arctic.

‘That was when Iorek moved. Like a wave that has been building its strength over a thousand miles of ocean . . . so Iorek Byrnison rose up against Iofur, exploding upwards from his firm footing on the dry rock and slashing with a ferocious left hand at the exposed jaw of Iofur Raknison. It was a horrifying blow. It tore the lower part of the jaw clean off . . .’