It is always a pleasure to return to one’s favourite authors and genres. However, a reader and a writer should always be willing to set off in new literary directions. And often finding something new is just a matter of being in the right place at the right time.

In this case, the ‘something new’ is Kiandra Gold, published in September 2016 by the independent Ginninderra Press. 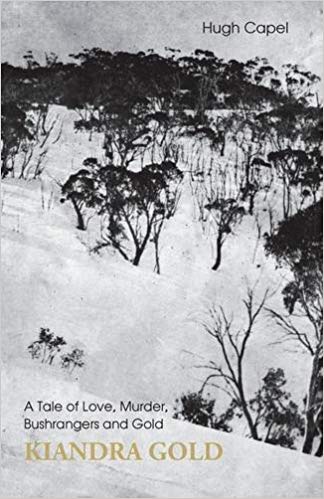 As it happens, I spent Christmas 2016 with my wife and two cousins (from the paternal side of my family) in Australia’s Snowy Mountains. We didn’t visit Kiandra, in the 19th century an important gold-mining town, now in the process of being restored as a national monument. Once Australia’s highest town, Kiandra lies about 1,400 metres above sea level, in the middle of the Kosciuszko National Park.

Marketed as a novel, Kiandra Gold is indeed fiction. It follows a group of adventurous young men during the Gold Rush of 1860/1, focussing mainly on James, his Chartist friend Davy and their various partners in the mining business. Davy, popular with some as a defender of miners’ rights, is hated by others, in particular unscrupulous fellow miners, devious officials and corrupt policemen. The story begins with James finding Davy’s dead body in the wilderness but we don’t know Davy at this point or have any idea why he might have been killed.

Kiandra Gold is not, in my opinion, a great novel. Its language is too ponderous and there is information dump galore. One gets the sense that Hugh Capel was carried away by the research – which is impeccable but overpowers  the fictional element. A few of the characters stand out, for example, Davy, the eccentric and reclusive Eureka Jack, the bullying Sergeant Bullard and the useless and easily-manipulated sub-commissioner Cooper. Some indeed were real people: Frankie Gardiner, an infamous bushranger during the years 1859/1864; Cooper; and one Samuel Hawkins, a longtime claimant against the sub-commissioner’s decisions. But, for me, there isn’t enough to distinguish the others from the crowd. The two main female characters, Sally (James’s sweetheart) and Kitty (Davy’s) are too alike.

The character Kitty McCrae was based on a ballad by the Australian bush poet Barcroft Henry Boake. Incidentally – or perhaps coincidentally, Boake is the surname of Capel’s main character, James.

It may be that Hugh Capel is somehow related to the poet and, moreover, that Kitty is based on a real-life person. I would be very interested to learn more, so if there are any New South Welsh out there who know, I would love to hear from them!

My personal connections with this story go beyond that one visit in late 2016. One of my uncles worked as an engineer on the Snowy Mountains Hydro Scheme in the 1950/60s. And though I do not have any details of precisely when and where he went, I do know that my maternal grandfather spent time in the Australian goldfields, before settling in South Africa in the early 1900s.

The cover of Kiandra Gold describes the book as A Tale of Love, Murder, Bushrangers and Gold. It fits uncomfortably in the novel ‘stable’, as isn’t really a love story, nor a murder mystery in the conventional sense. For all that, Kiandra Gold is an enjoyable read. If we put aside the fictionality of the story and the made-up characters, it works well as a piece of creative non-fiction, as a record of an important period in Australian history.

Having been on Kosciuszko (above Thredbo, and rather higher than Kiandra) in mid-summer, I can well imagine how awful conditions in the Snowies can be in winter. Capel depicts the mining scene of the late 19th century really well. He pitches us into the beautiful but savage landscape. Even if one cannot believe in his characters as heroic inhabitants of a murder mystery or an adventure story, one cannot fail to believe in them as real people who were part of the majestic and unrelenting backdrop. 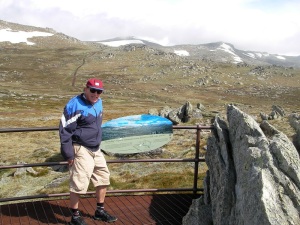