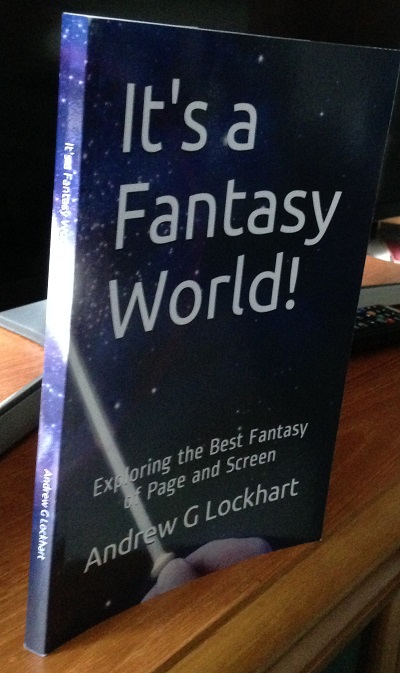 We live in a universe of wonders and possibilities.

The ancients looked up into the night sky and saw bright lights formed into the shapes of fish, dogs, human figures and other familiar objects. When they reached out to touch the lights, they may have been surprised to discover they could not. They may have imagined the Sun and Moon as powerful gods, pursuing one another through the heavens as night changed to day and day to night. When the hunt was unsuccessful or a harvest failed they may have blamed these beings. Perhaps they sought to pacify them with gifts or sacrifices. When nature brought bounty or new life, these primitive humans would pile more gifts on their altars with prayers that their good fortune might continue.

The everyday winds, tides, springs and sounds of nature they may have supposed to be under the control of lesser spirits. When their nights were overcast and there was no starlight, they no doubt imagined monsters and demons and told tales to warn their children of dangers lurking in the darkness. Generations of shamans and priests would play on fears of the unknown to exercise control over the tribes, because fear in one group meant power for another.

Today, most of us scorn and laugh at such ideas. When we look up, we see other suns, and galaxies, and pulsars, and we try to imagine fourteen billion years of cosmic expansion. We speculate about what caused the first spark that started it all, and about how the universe will end.

Humans have invented and built machines that travel faster than sound. We have space vehicles that can escape Earth’s gravity and travel to the limits of our solar system and beyond – that can even send back pictures and data that tell us what the distant planets look like and how they are composed. We can send packages of information at the speed of light using other machines no bigger than the palm of a human hand, and with the same devices receive messages and pictures from the other side of the world. Such devices make use of laws that scientists call quantum mechanics but which no one, not even the scientist, seems to fully understand.

We know that the Moon controls the tides; that winds are caused by variations in atmospheric pressure and earthquakes by movement in tectonic plates.  We know all these things but there is still so much we do not know about this planet we live on and about the universe around us. We can move information at the speed of light but have not yet learned how to move anything else as fast. We can look into the vastness of space and the minuscule world of the photon and quark but we do understand the mathematical and physical laws which connect the very large with the very small.

And we laugh at the primitive superstitions and rituals of the ancients. We call them fantasy.

The ancients might have used the same word to describe our world. Perhaps they would call our aeroplanes, our phones, our computers and our instant messages ‘magic’. A man or woman of 1800 would have put the same label on the scientific achievements of the last fifty years, or at very least called them ‘impossible’. Even now, as we stare out into that fourteen billion year void, we look beyond the horizon of the possible and achievable into fantasies of our own.

Are we alone in the universe, a single intelligence among the quadrillions or quintillions of other star systems out there? And if not, will we ever find a way of communicating with the others, and of reaching them? Are wormholes real? Is time reversible?

These are some of the fantasies of today – the realms of the impossible – just as, for our ancestors, flying, X-rays, solar heating and television would have been magic in their age. And we wonder, as they wondered. We dream, as they dreamed.

And these dreams we translate into stories, on the pages of a book, an electronic reader or a movie screen. Our fantasies are all around. Perhaps one day . . .

We live in a world of wonders . . . and possibilities.

‘Alice was getting very tired of sitting by her sister on the bank, and of having nothing to do . . .’ [Alice in Wonderland by Lewis Carroll]

Our lifelong obsession with the fantastic begins in early childhood, with myths, legends and folklore – with fairies, talking animals and Santa Claus.

Parents have told their children stories ever since there were parents to tell and children to listen. Sometimes the stories have a purpose, a moral lesson, but most often they are told simply to entertain and amuse. In any case, lessons in morality can sometimes backfire. Children interpret stories in ways that suit them . . . . . . .

It’s also available from Amazon European sites – unfortunately not in the Southern Hemisphere – not yet!]

5 thoughts on “Dreaming the Impossible”