Lovelock – where is our species headed?

When James Lovelock sprang to the attention of the wider public in the 1970s with his Gaia hypothesis, not all mainstream scientists were enthused. The idea that the Earth, its atmosphere and all life upon it is a self-regulating mechanism was, for some, too like science fiction. Other critics saw in Lovelock’s theory the implication that a super intelligence was at work. Others still accused him of scaremongering in his predictions of planetary disaster through climate change and overpopulation.

Since formulating his theory, James Lovelock has written several books about Gaia, the first, Gaia, A New Look at Life on Earth in 1979. His latest, published in 2014, is A Rough Ride to the Future. Here, he seems to take a slightly different but no less stimulating approach to the problems facing our world. A Rough Ride to the Future might be classified as a book about evolution, though evolution in its usual scientific sense may not be quite the correct word. Whilst not changing his view that our species has damaged the planet,  Professor Lovelock appears to have backed away a little from the panic button evident in his earlier works.

‘What is important to us is that the growth of population, wealth, climate change and biodiversity are now coupled to inflated evolution.’

The theme of this book is that, with the invention of the steam engine by Thomas Newcomen in 1712, mankind has entered a new epoch, which Lovelock calls the Anthropocene. Our rapid industrial development  (and its consequences), the colossal spurt in the business of information gathering and retrieval, and the exponential growth in computer power (Moore’s Law) have placed life and Gaia on a new evolutionary path. And although the goal of Gaia remains the preservation of life, the inevitable end for our wet, carbon-based lifeform is in sight – basically, in about 100 million years from now, the global temperature will be too hot for us!

However, there may be ways to mitigate the effects of global warming, and Lovelock discusses these, throwing out from time to time those seemingly crazy ideas I wrote about  in my last article, Odyssey. We should not give up our efforts to slow climate change but coincident with those we need to consider designing climate-controlled city societies (like Singapore). Technology has already allowed our species to form a kind of symbiosis with machines; Lovelock cites heart pacemakers and bionic joints and limbs as examples. He envisages a future where this trend might continue, allowing the evolution of a new intelligent lifeform more able to withstand a changed atmosphere and a hotter sun. 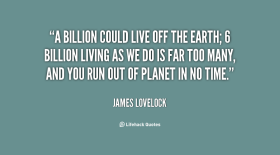 Science fiction? I wonder. I am reminded of Arthur C Clarke’s famous dictum that the true impediments to scientific progress are the failure of nerve and the failure of imagination. (Profiles of the Future)

A Rough Ride to the Future won’t be everyone’s cup of tea. It is a scary book. Our overpopulated Earth is heading for disaster, even if it escapes an extinction level event like collision with a planetoid. A lot of the book is biographical and other parts are a rant against politicians and bureaucracy. James Lovelock accuses governments and the media, for example, of exaggerating the dangers of nuclear power. He exudes a quiet arrogance when he speaks of his achievements and those of his close colleagues, though in his ninety-five years he may have earned the right to be arrogant. ‘The future may be a better place,’ he says at the end, ‘but we will not all make the journey.’

Yes, a scary book, but one that makes you think about who and what we are, and where we are going. Maybe we all need to read it.