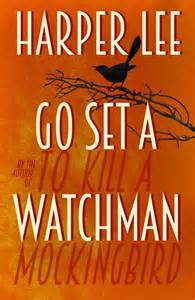 ‘It had never occurred to Jean Louise that she was a girl: her life had been one of reckless pummeling activity . . . she must now go into a world of femininity, a world she despised.’

On December 1, 1955, Rosa Parks, a black woman in Montgomery, Alabama refused to give up her bus seat to a white passenger. The event sparked a year-long boycott of the city’s buses and led the way towards fairer civil rights.

I am often confused by American politics  – and sometmes irritated too, I have to confess – yet surely only the most ostrich-headed of my fellow Britons can have failed to hear the story of Rosa Parks.

Racial tension had simmered in the Southern United States for a long time. An organisation called the NAACP (National Association for the Advancement of Colo[u]red people) had been active in the US for nearly half a century and were responsible for bringing several cases of injustice to the attention of the Supreme Court, which had ruled against Southern States’ laws in some landmark actions. In 1944, it had ruled in Smith v Albright that ‘white primaries’, voting arrangements that excluded black people, were illegal and in 1954 it ruled against racial segregation in primary schools. In 1956, Alabama banned the NAACP from operating within its borders, a state of affairs which prevailed for a further two years

It must have been around the time of the Rosa Parks incident that Harper Lee began writing Go Set A Watchman, and it seems to me some understanding of  the historical background is essential to a full appreciation of the novel.

Twenty-six-year-old Jean Louise Finch returns home to Maycomb, Alabama, on vacation. It is her fifth such visit since moving to New York but we already suspect this visit is going to be different. Whereas she has previously travelled by air, this time she takes the train, which gives a whole new perspective to the isolation of her home town.

‘Maycomb County was so cut off from the rest of the nation that some of its citizens, unaware of the South’s political predilections over the past ninety years, still voted Republican.’

Maycomb may not truly have changed so much but Jean Louise begins to see it with fresh eyes. People are different. Her lawyer father, Atticus, whom she has always looked up to and adored, has become chairman of the Maycomb Citizen’s Council, an apparently racist organisation devoted to preserving segregation. Calpurnia, the black housekeeper who brought her up when her mother died young, appears to be treating her more as a stranger. Even her childhood sweetheart, Henry Clinton, Jean Louise no longer sees in quite the same way as before. Bitter about her father’s apparent transformation from champion of justice to racist, she pours out her feelings of disgust and betrayal to her uncle, who does his best to set the record straight.

‘There was nothing whatever wrong with [the Rev.] Mr Stone, except that he possessed all the necessary qualifications for an accountant: he did not like people, he was quick with numbers; he had no sense of humour and he was butt-headed.’

Jean Louise’s childhood and youthful memories of how things were, both charming and funny, form a considerable part of the book, as Harper Lee portrays her as tomboy, embarrassed teenager on her first date,  still mischievous undergraduate, and as a woman coming of age to realise the world is as it is – not as she would like it to be. Though life and love will never be the same again, Jean Louise reaches an understanding, an acceptance and a realisation that real change only comes about by real effort, not by wishful thinking.

‘ “Jean Louise,” [Dr Finch] said dryly, “not much more than five per cent of the South’s population ever saw a slave, much less owned one. Now, something must have irritated the other ninety-five per cent.” ‘

Go Set A Watchman is a bitter-sweet novel about race and class, one that has as much relevance today as when it was written sixty years ago. There are some minor discontinuities in the narrative – the divisions between the NOW and the THEN are not always clearly defined, – nevertheless I think the work establishes Harper Lee as one of the outstanding writers of last century. I feel sure that Jean Louise’s life journey is Harper Lee’s journey too, one that most of us make at one time or another in our lives. It is not always a comfortable experience to discover that, perhaps, we are all bigots, each in our own way, and it’s not always a matter of skin colour.

I know that critics have compared Go Set A Watchman with Lee’s Pulitzer Prize-winning To Kill A Mockingbird, not always favourably. However, I was determined to pay the critics no attention and to read no reviews until I had read (and reviewed) the novel for myself. Having now done so, I regard such comparisons as contrived and pointless, as much about lingering doubts over the worth of the latter novel as about the quality of the former. One might as well compare apples and oranges.

The other day, someone who has not read To Kill A Mockingbird asked me which novel they ought to read first. Honestly, I have no idea – why not toss a coin?

I’ll now go and read some of those other reviews.

8 thoughts on “Go Set A Watchman”